Remembered for a While 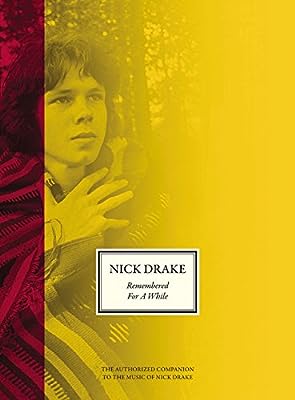 Nicholas Rodney "Nick" Drake was an English singer-songwriter and musician, known for his acoustic guitar-based songs. Drake released only three complete albums -- Five Leaves Left (1969), Bryter Layter (1970), Pink Moon (1972) -- and was not well known before his death in 1974. Yet he gained a massive posthumous following, inspiring leading musicians such as R.E.M.'s Peter Buck and Robert Smith of The Cure and bands such as Coldplay and The Black Crowes.

Forty years after Nick's death, Remembered for a While peels back some of the mystery surrounding his life. The book will feature gorgeous color photographs, as well as original letters and interviews with family and friends. As Nick's sister writes in the introduction, Remembered for a While will reveal "the poet, the musician, the friend, the son, the brother, who was also more than all of these together, and as indefinable as the morning mist."

At long last, Remembered for a While paints a portrait of a visionary musician who inspired a fanatical following and whose legacy continues to inspire future generations of musicians -- and the lives of his fans.

Buy it Now
See more Remembered for a While on eBay

If I Can't Take My Ukulele Funny String ...