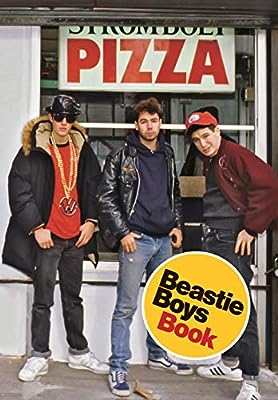 Formed as a New York City hardcore band in 1981, Beastie Boys struck an unlikely path to global hip hop superstardom. Here is their story, told for the first time in the words of the band. Adam “ADROCK” Horovitz and Michael “Mike D” Diamond offer revealing and very funny accounts of their transition from teenage punks to budding rappers; their early collaboration with Russell Simmons and Rick Rubin; the debut album that became the first hip hop record ever to hit #1, Licensed to Ill—and the album’s messy fallout as the band broke with Def Jam; their move to Los Angeles and rebirth with the genre-defying masterpiece Paul’s Boutique; their evolution as musicians and social activists over the course of the classic albums Check Your Head, Ill Communication, and Hello Nasty and the Tibetan Freedom Concert benefits conceived by the late Adam “MCA” Yauch; and more. For more than thirty years, this band has had an inescapable and indelible influence on popular culture.

With a style as distinctive and eclectic as a Beastie Boys album, Beastie Boys Book upends the typical music memoir. Alongside the band narrative you will find rare photos, original illustrations, a cookbook by chef Roy Choi, a graphic novel, a map of Beastie Boys’ New York, mixtape playlists, pieces by guest contributors, and many more surprises.

“A fascinating, generous book with portraits and detail that float by in bursts of color . . . As with [the band’s] records, the book’s structure is a lyrical three-man weave. . . . Diamond’s voice is lapidary, droll. Horovitz comes on like a borscht belt comedian, but beneath that he is urgent, incredulous, kind of vulnerable. . . . Friendship is the book’s subject as much as music, fame and New York.”—The New York Times Book Review

“As nutty, irreverent, and fun as you think it would be.”—Vogue

“As freewheeling and funny as their albums . . . a beautifully messy (and large) talisman containing within it many of the great joys and surprises that come with listening to the Beastie Boys”—The AV Club

An Amazon Best Book of November 2018: Guys, the Beastie Boys wrote a book (or maybe conjured is a better word), and it's a piece of work. Michael Diamond and Adam Horovitz, otherwise known as Mike D and Ad-Rock, present Beastie Boys Book, a rambling and unruly stream-of-consciousness trip through more than three decades of uncensored memories—records, rashes, tours, graphic novels, and playlists. Madonna’s here, as is Guns N’ Roses, Dolly Parton, Johnny Ryall and the Egg Man. Illustrated with dozens or possibly hundreds of pictures, we get relive their earliest shows, go behind the scenes of their short-lived magazine, Grand Royal (which mainstreamed the Mullet, the business-in-front/party-in-the-back "hairstyle"), and relive pickup basketball games between sets at Lollapalooza, in which Smashing Pumpkins’ Billy Corgan dunks savagely against type. Lest you think this is frivolous, disreputable stuff, Amy Poehler, Wes Anderson, Jonathan Lethem, and National Book Award- and Pulitzer Prize-winner Colson Whitehead stop by with their own contributions. Beastie Boys Book is uncountable things, but overall it's a box full of love letters to fans, founding member Adam Yauch (who passed away in 2012), the early days of hip-hop, and dirty old New York. It's a book that can't, won’t stop giving. —Jon Foro, Amazon Book Review